It’s been a while since I’ve last written a bona fide Google Tag Manager trick, so here comes. This was inspired by Bart Gibby’s question in Measure Slack.

The purpose is to fetch the latest currency exchange rates from the exchangeratesapi.io service, cache them using sessionStorage, and push the results into dataLayer. From dataLayer, they can then be utilized in Custom JavaScript variables and custom variable templates to perform client-side conversions. I’ll show you how! 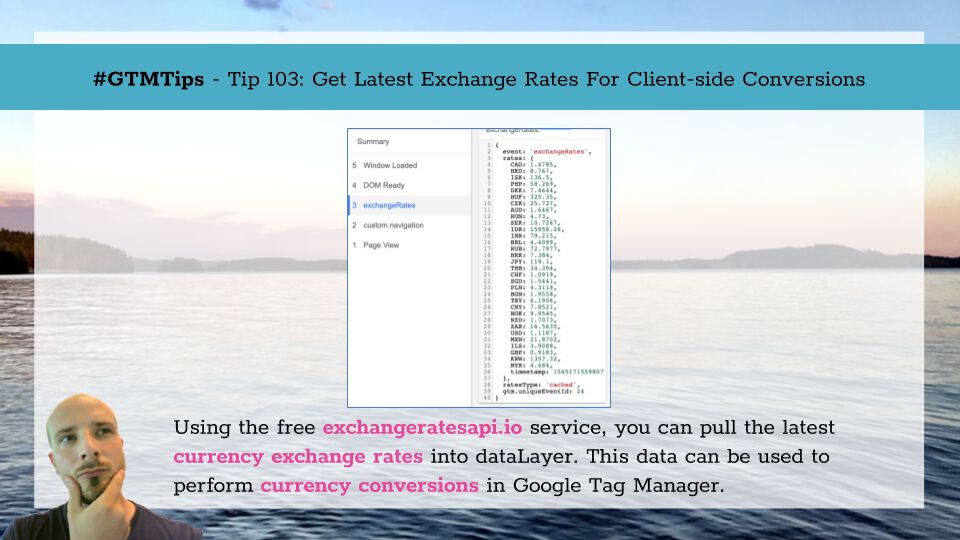 The API request itself is run in a Custom HTML tag (as custom templates do not support arbitrary HTTP requests yet), so go ahead and create one. In the tag, add the following code:

Modify the cacheExpiresHours to determine how long the currency rates should be cached in the browser for. If you don’t want to cache them, set it to 0. This would fetch the latest rates with every page load.

I would recommend using a cache. The API is a free service, and it’s free for as long as it’s not abused. It makes no sense to continually fetch the latest rates, so set the cache to something you can live with.

You’ll also need to set a base currency against which the rates are calculated. In the example, I’m using 'EUR' as I want the rates to be calculated against euros.

The rest of the code follows this pattern:

I also included a key to reflect whether or not the results were cached (ratesType: 'fresh/cached'), which you can use to determine the reliability of the results. This is what the dataLayer would look like:

Set this tag to fire on the All Pages trigger. That way it will fire as soon as the GTM container has loaded.

Now that the data is in dataLayer, you can create some variables that will let you use the results.

To start off, a Data Layer variable for rates will fetch the corresponding object from GTM’s data model. 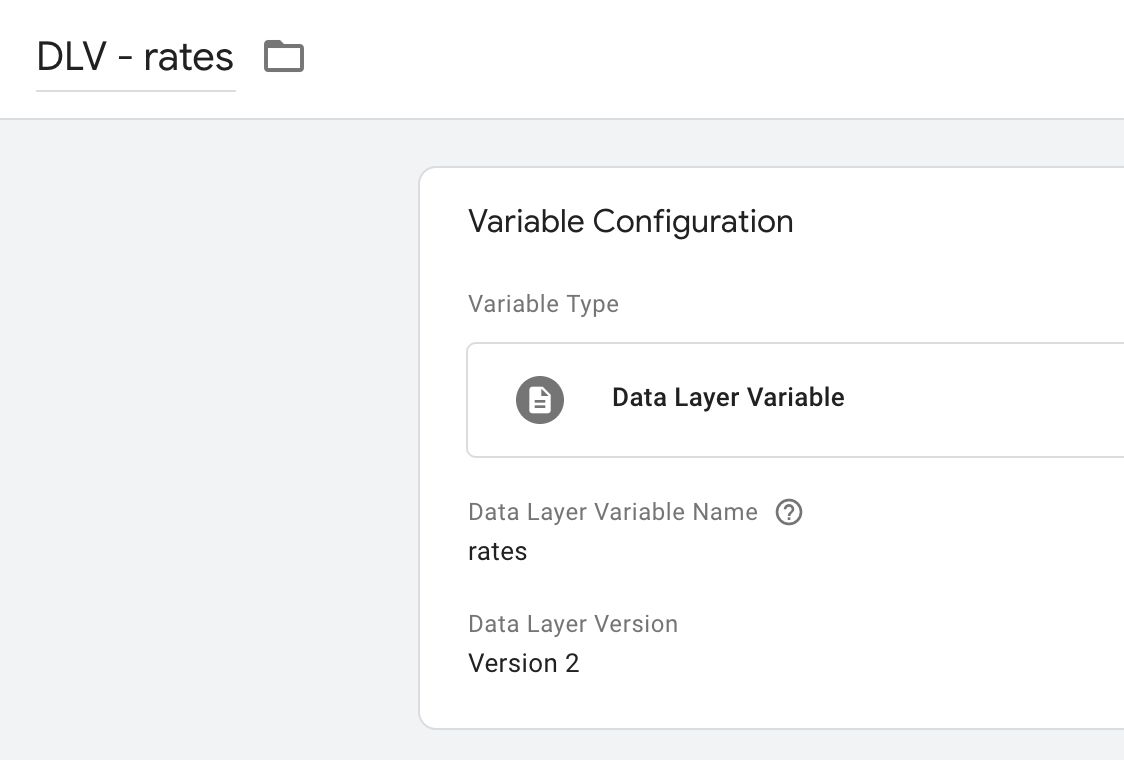 Now, to perform a conversion, you need the source variable (the value you want to convert) and this Data Layer variable. For example, if your source value is in Australian dollars, you can convert that to euros with a Custom JavaScript variable that has the following code:

You can also create a custom variable template where the user indicates which source variable to use and what the currency symbol would be. The template would then return the result of the conversion. 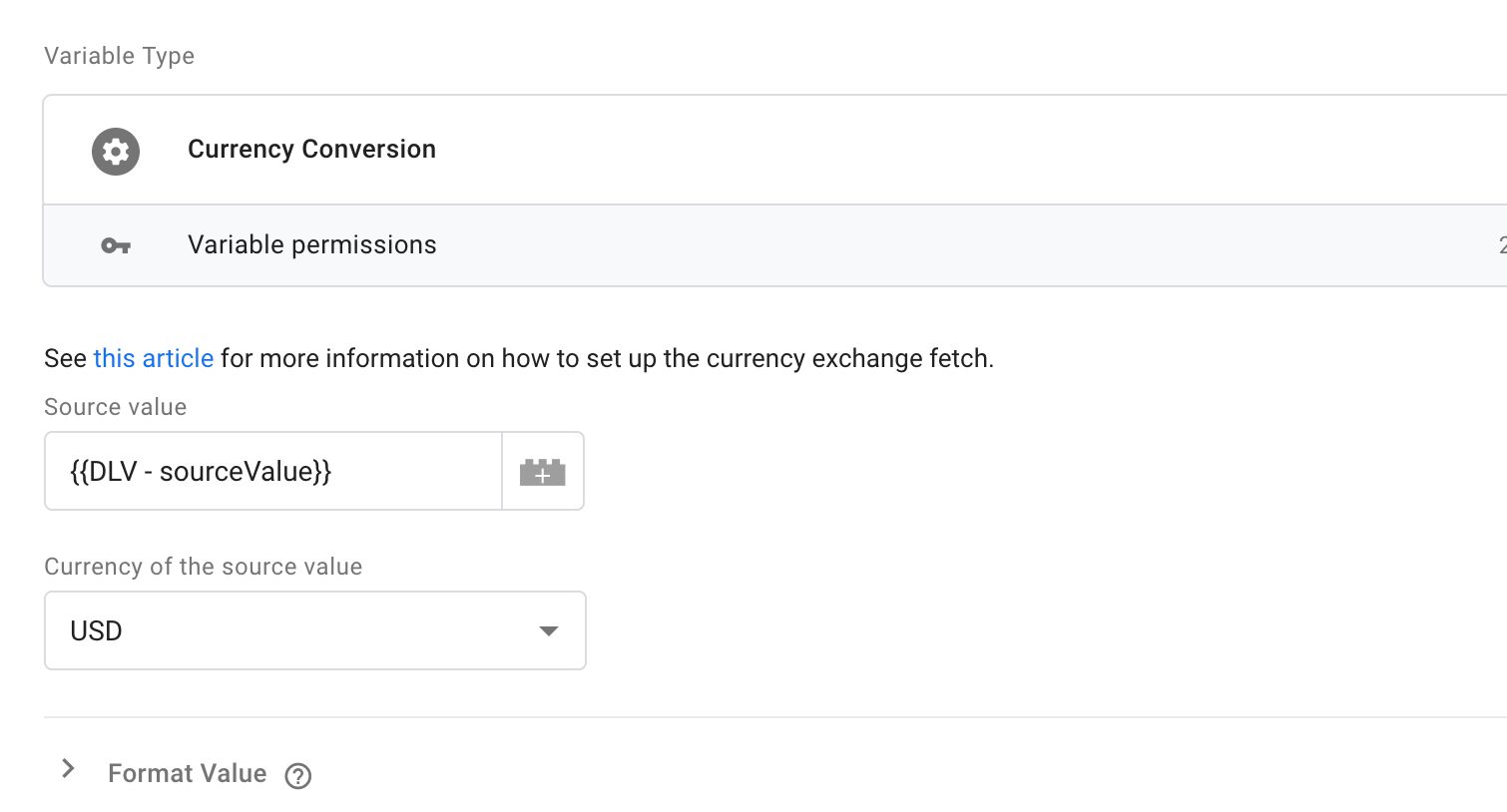 I hope this tip proves useful to someone, or at the very least gives you ideas for how to pull in data from public APIs, through GTM, into the user’s web browser.