#GTMtips: Rules In A Nutshell

Rules are the cornerstone of Google Tag Manager. As with any critical element in a system, they are easy to get wrong. This tip is just a refresher on how GTM firing and blocking rules work. 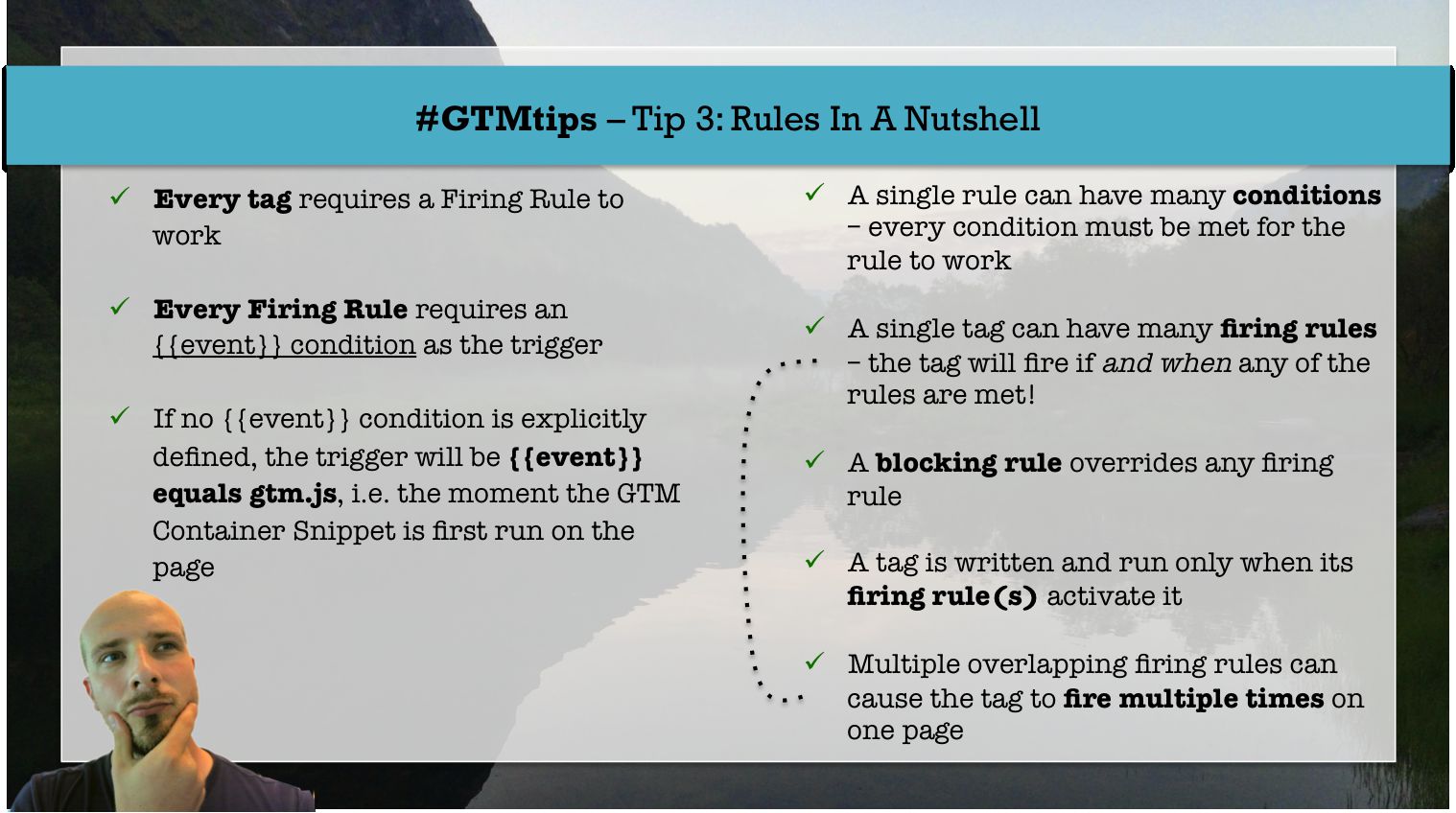 So, let’s go through these points one-by-one.

Every tag requires a firing rule to work - this is a given. Without a firing rule, your tag will not be written in the document object, and it will never be executed.

Every firing rule requires an {{event}} condition - this is a bit more complex. Every time an ‘event’ variable is pushed with some value into dataLayer, every single rule on every single tag will be evaluated against this value. Thus, every tag needs some value lookup for {{event}} in their firing rules.

A single rule can have many conditions - but every single condition must be matched for this rule to work as a trigger. You can introduce some OR-logic into conditions by using e.g. {{event}} matches RegEx ^gtm.(js|linkClick)$, but this is generally better to do with multiple firing rules rather than this crude manipulation of rule conditions.

A tag is written and run only when the firing rules activate it - thus, the moment the firing rule activates the tag, the tag is added to the document object and any macros referred to in the tag are evaluated. This is important, since it means that by the time the tag fires, any macros it refers to have to be available. Many eCommerce setups have failed because the Transaction Tag fires before the eCommerce payload is in the dataLayer.

One thing about macros (this is an extra tip). When a tag fires, all macros referred to in the tag are resolved. This means that it’s extremely difficult to know, especially with large implementations, how many times any macro will be resolved upon any event, as you can refer to the same macro in as many tags as you wish. Thus, it is highly recommended that you do not use macros to set or push data.

So be careful! As the wise members of the GTM product team always remind us: macros should not have side effects. They should be for value retrieval only - not to set or push data.